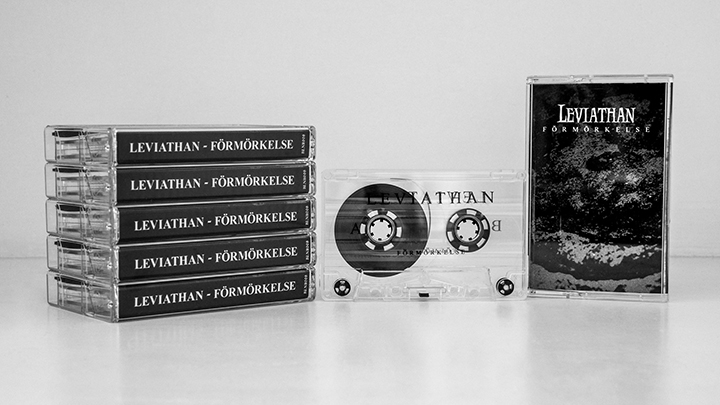 Almost picking up right where the debut album "Far Beyond the Light" left off, after a tense intro does Leviathan-the-man waste no time in establishing a splendorously grim atmosphere, roiling with the rippling physicality which so endeared that debut whilst maintaining a perversely invigorating melancholy. Each of the subsequent nine tracks build both with patience and urgency, each deliriously dark texture taking its time to wrap its black leathery wings around the listener. An ages-old sort of melodicism is intertwined throughout, often draped in haunting / shimmering shades of chorus pedal, which works as ghostly counterpoint to the gnashing pulse so central to the Leviathan aesthetic. And central to that is Phycon's exquisitely deft and daresay-swinging drum-work, which even shines during the album's moments of restraint and repose, allowing space and shade to work their magick as Förmörkelse moves on. And, by record's end, the listener is left with catharsis and climax - so pure, so cold, and yet so vibrant.