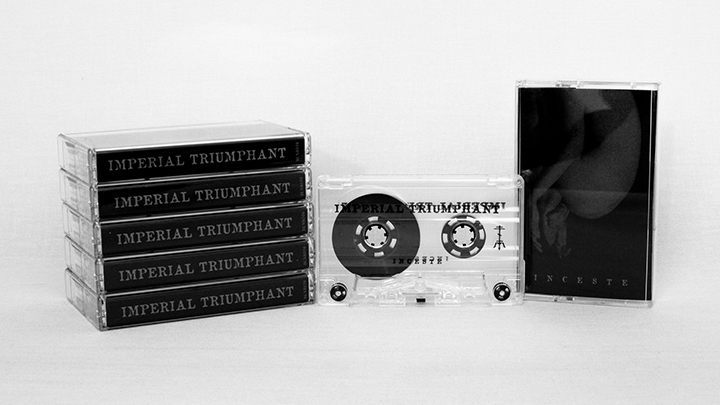 The epitome of a paradox, IMPERIAL TRIUMPHANT combines an obsession with musical progression with a philosophical fixation on destruction, decay, and the crumbling of the spiritual, mental, and physical fabric that binds humanity.

Dissecting the lifeless corpse of post-industrial New York City and using a canvas of black metal, jazz fusion, death metal, doom, and various other soundscapes to paint a bleak portrait of a post-modern world left to rot, IMPERIAL TRIUMPHANT serves not as a voice in and of itself, but as many legions of tortured, aching screeches possessing a single entity with no goal in mind other than the mutilation of the benevolent host. Disregarding conventional references in extremity and replacing them with the mechanisms for cultivating a truly unnerving and abysmal atmosphere, this is not so much a metal album as it is an exercise in the deconstruction of the psyche.